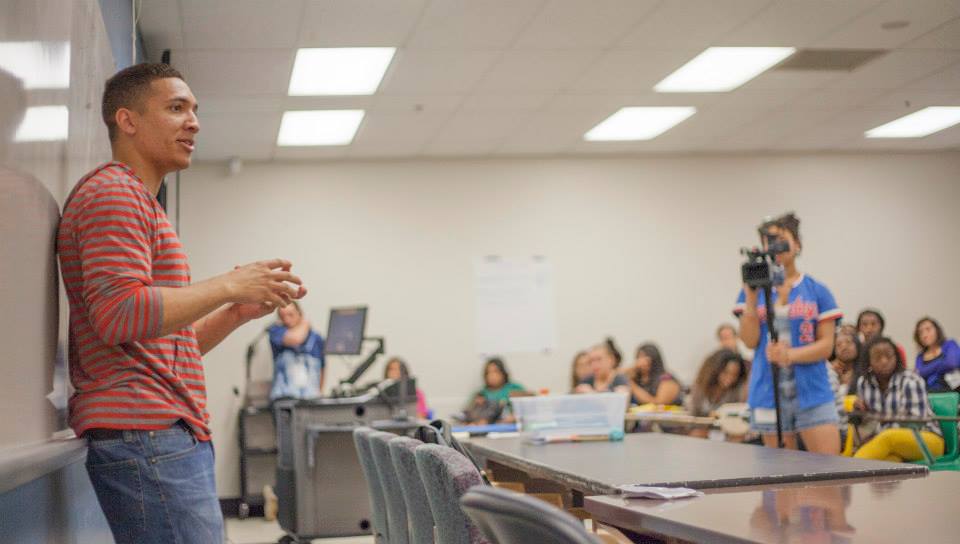 At Youthprise, that’s where we begin. From this perspective, engaging young people as researchers isn’t any harder than engaging adults. Perhaps the only difference is that young people are often less tolerant when it comes to doings that are boring (another way to put it is that they simply haven’t gotten enough training in accepting boredom). So the only difference – as far as we can tell – between doing research with adults and young people is that the latter group might actually push us to do things more creatively. It’s a good thing to be pushed on, because we get better engagement and better data, with both young people and adults.

We believe you can either do research on people or research with people.

Traditional research is often done “on” people with the desire to learn about a particular problem or question. It let’s us say things like: young people are like this. Young people succeed or fail for this set of reasons. This kind of research helps one group of people explain the thoughts and actions of other groups of people.

This kind of research also has a habit of excluding people. For a long time, the only research given broad credibility was conducted by white, formally educated, and wealthy men. There are a lot of problems with this kind of research. What, after all, does someone who grows up identifying as a man know of the life experiences of a woman? Without this kind of knowledge, the explanations we develop are likely pretty flawed. And what if we only studied a small group of white youth, but people reading our research decided to apply our same explanations to a particular group of people from a different racial background? Researchers are starting to consider these problems and some are starting to do research differently.

However, there’s still one group that always gets left out of the research process: young people. But we’d argue that it’s tough to make sense of young people’s lives without also getting young people in the process. So, if you want to do research with young people, where do you start?

There are many resources available on the web. Here’s three resources to help you begin:

PAR Guide: Promoting the Participation, Action, and Learning of Young People
The PAR Guide, created by UNICEF and rooted in the UN Declaration on the Rights of the Child, is a great introduction to doing PAR with youth. It has some tips for beginners for coaching PAR projects, from creating a safe space to conducting a research project, to taking action. It contains a number of activities that make the research process more interesting and engaging.

Participatory Evaluation with Young People
This guide, written by leaders in the field Barry Checkoway and Katie Richards-Schuster, outlines a similar process. The chapters in this guide each detail one part of the PAR process, which makes this a great handbook for PAR groups to use and follow as they work. It also contains a number of great activities, and in combination with the others, helps comprise a full toolkit of activities for PAR groups.

Handbook for Participatory Action Research, Planning and Evaluation
This handbook is a more general guide to PAR work, without the particular focus on youth. It does a great job of working out the specifics of various steps in the process (framing, data gathering, analysis) in great detail. The activities it offers are organized by step in the process and differ from the other two guides. This guide, moreso than the others, also details the challenges of creating change using PAR and offers a number of helpful ways to conceptualize and transform these challenges.

No single resource will do the trick. Becoming familiar with a few of the options gives PAR researchers and coaches the ability to build a fun, useful, and sophisticated process, as well as to draw on help when a difficult quagmire inevitably arises.